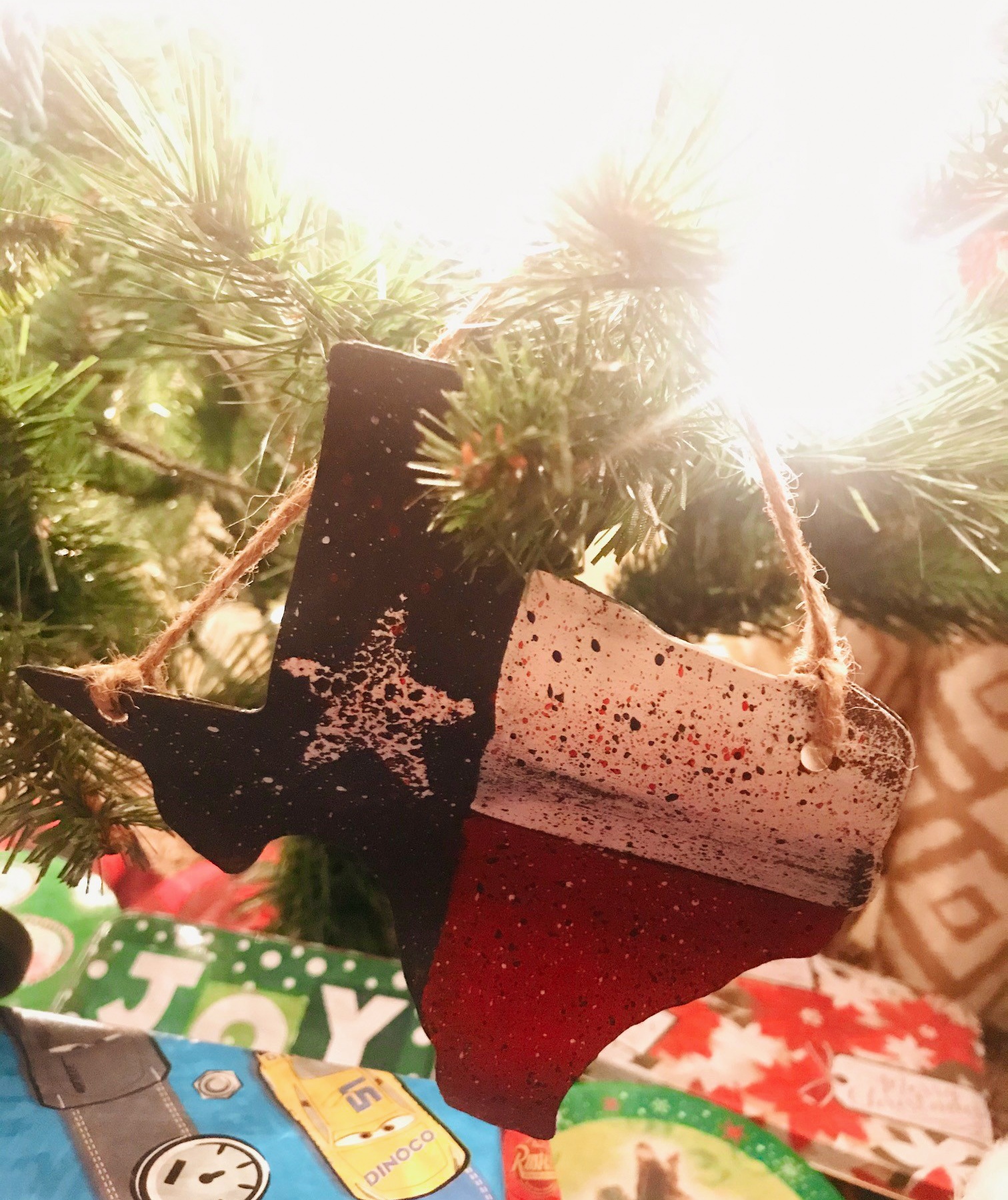 VACATION, all I ever wanted…

My vacation destinations over the past few years have been adventure seeking, ocean hopping, home escaping, breathtaking trips to places like Ireland (twice) and Italy. Everyday had a fun filled itinerary and I eagerly (though still often times anxiously) awaited there with my camera/phone/notebook ready to not miss a single thing and share almost min by min. They were incredible and though I had no plans at the start of 2020, I was hoping I’d find one like those…

I don’t think anything could have prepared any of us for the the lessons we’d learn this year, least of all me and least of all how many…

…BUT I sit here with MASSIVE gratitude that this BIG little trip found me, exactly when it did…somewhere in the middle of immense happiness, insecurity, joyful anticipation and exhaustion.

Let me tell you about it.

The day after Thanksgiving, B and I hit the road around 4:30am, destination Texas, with an ETA of about 8pm that night. We were on our way to stay (for me to meet) with friends of his and hang out for the week. Not having it mapped out was new for me but I’d been working on being ok with not knowing every detail, so I rolled with it.

Our route took us into the Tennessee mountains around sun up and for a hundreds of miles the misty fog and sunlight played hide and seek. Somehow it made me breathe easier and I began to daydream, to even think about writing for the first time in half a year.

The soundtrack was a super eclectic mix of songs B has introduced me to in the time we’ve been together and though I assumed we’d talk most of the drive, I found great comfort in just listening to him sing them as we rolled on. He likes to make me laugh and I did that a lot, relaxing us both, I think.

I’d say it felt it took forever to get to the much anticipated city of Texarkana but I was enjoying the ride so much, it almost went by too quickly…And for those that aren’t super aware (like me, sadly), Texarkana is made famous in the movie Smokey and the Bandit (one of B’s favorites) and though up until then I had to be reminded of that, I won’t forget it again 🙂 In fact, we even watched it one of the nights we were in TX.

I am without a doubt a landscape lover and this drive from NC over through Tennessee, down through Arkansas into Texas did not disappoint. I may have taken like one photo because I was just so into taking it all in. BLISS

After several hours of dark, peaceful, long and winding roads, we arrived in our sweetly lit destination city and were warmly greeted by our hosts for week, where we spent the remainder of the evening sharing lots of laughter.

Our hosts for the week happen to run Monster Trucks Wars , so though I was very intimidated by my lack of general knowledge, I was VERY excited to be around something new.

As sad as I am to say, it usually takes a trip to get me behind my camera these days BUT I’m excited that I got it out and explored the first day.

My Dad and both grandfathers were truckers so while waking up to horses running through the fields was stunning, it was the rig and trailers that had me in my feels. It took me right back to when my Dad took me to work with him and let me climb up in the truck with him…you know, the kind of memory you let fade sometimes. For about half the morning I thought about how cool it would be to learn to drive it. I’d never have the nerve in a parking lot but something about that field made it feel possible. I never said anything. I regret that.

After a while, I followed the guys into the shop, where they gave me reign to photograph.

Up until this point in life, I’d only seen a Monster Truck on tv, so, it was a pretty freaking cool thing to see three of them, up close and personal. Seeing them on BIG tires and in their glory would have been neat but I wouldn’t have gotten to climb up in one and get a small taste of the drivers seat. PRICELESS

This would be another moment when my imagination would get the best of me and I’d wonder for a moment if I’d be brave enough to drive it around the practice track outside. I never said anything. I don’t regret that one.

I didn’t really learn much about the trucks themselves but it didn’t keep me from imagining them crushing cars to the sound of a roaring crowd or laughing excitedly as they cranked one up for me! I’ll see one in person one day and it’ll be SUPER cool to say “Oh yeah, I know that guy”.

It didn’t take long at all for me to realize this trip was going to be a different pace than most others, that I was going to have to find rest and though it’s uncomfortable for me to slow down sometimes (because that’s when the mirror shows up), I leaned into it and started by putting my phone on Do Not Disturb (it’s still on it :))

In between the roar of the truck/other engines, the tinkering, the smell of shop fluids I still can’t name, my walks/workouts around the property and an occasional nap, we were treated to some of the best food I’ve ever tasted. From homestyle buffets, to BBQ, Tex/Mex, to pizza and burgers to a gas station croissant, EVERYTHING I tasted was fantastic, seriously everything.

This was the second time that I’ve been able to be in a completely new place during Christmas time, so my only ask was to see lights and once again, I found myself too enamored to take many photos. It might seem silly to get so emotional about lights but they connect us all…NC/TX and the rest of the world and that made me smile.

As quickly as our arrival came, so did our departure but not before taking the long way home, via a pit stop in Oklahoma. I had no idea exactly what we were getting ourselves into but B had me at old cars and more time on the road with him!

There was so much to like about this stop. It’s as far off a beaten path as you can get…well, maybe not in Oklahoma ;), it was the perfect break from the rainy day, we were the only ones there AND it was opened up, just for us by Darryl’s wife. It’s not everyday you get to meet the people your admittance fee goes directly to and to me you can not match that kind of personal experience. It made the rest of the tour that much more enjoyable.

We would have been there for hours reading the walls of magazine and newspaper clippings of the inductees but we happily took our time combing through the cars. As you can see, there is indescribable (at least for me) craftsmanship showcased there, that I am unlikely to see again. INCREDIBLE

And OH YEAH…On the way in/out these guys greeted us!

We laid our, at this point slightly achy heads, down at a neat rustic hotel in Missouri. The perfect ending to a truly great trip.

It rained on two of our travels days but the sun came out for the home stretch.

I’d like to say that I was glad to be going home but with each mile we got closer, I realized that the same “things” I was in the middle of where still waiting for me…

So, what do I have for you all after a week of reflection???

7 Days of wide open space and a different pace was a game changer…though I may not have fully seen it while actually in it.

You don’t have to know a single thing about what you are looking at to be in awe of it. You can get a stupid wide grin in just the excitement of someone’s else’s passion. Don’t for one second miss getting that kind of contact high, you’ll be happier for it.

You can be a talkative person and a good listener/observer at the same time, and you should.

It’s ok not to share every single minute of your trip with people who aren’t there. ENJOY the people who are there and catch everyone else up when you get back. Do Not Disturb saved me from so much anxiety while I was away.

No one can read your mind. It’s ok to say what’s on it, even if you think it’s silly.

You are created to be uniquely you and whoever that is, is enough. I literally lost the only ring I wore that had this engraved in it on this trip because I needed this reminder. Trust me, after too many years spent learning this one over and over and over…it’s actual easy to “Just Be”, especially when everything else is stripped away.

It’s ok to laugh, really, please, don’t take things too personally or seriously that you miss an opportunity to release tension that way.

It’s ok to feel things and for the love of God let yourself and explain the tears, suppressed emotion is no good for anyone.

If you’ve got a good driver/copilot/teammate, appreciate them.

I can dig Waylon Jennings and Johnny Cash but Willie, not so much.

This year has magnified every, single normal stress that anyone can have.

This year, of all years, we shouldn’t need reminders to love, give, forgive and serve each other more…to appreciate more than we try to possess…to be “in” and write every good moment on our hearts and let the rest go but here we are, writing blogs about it, huh!?!?

Life isn’t easy…we are going to rise and fall a thousand times and we have to remember that it isn’t about the falls, it’s about rising and who we have in our corners to help us get there 🙂

See you down the road!

← Environment
Lessons from a gratitude jar →